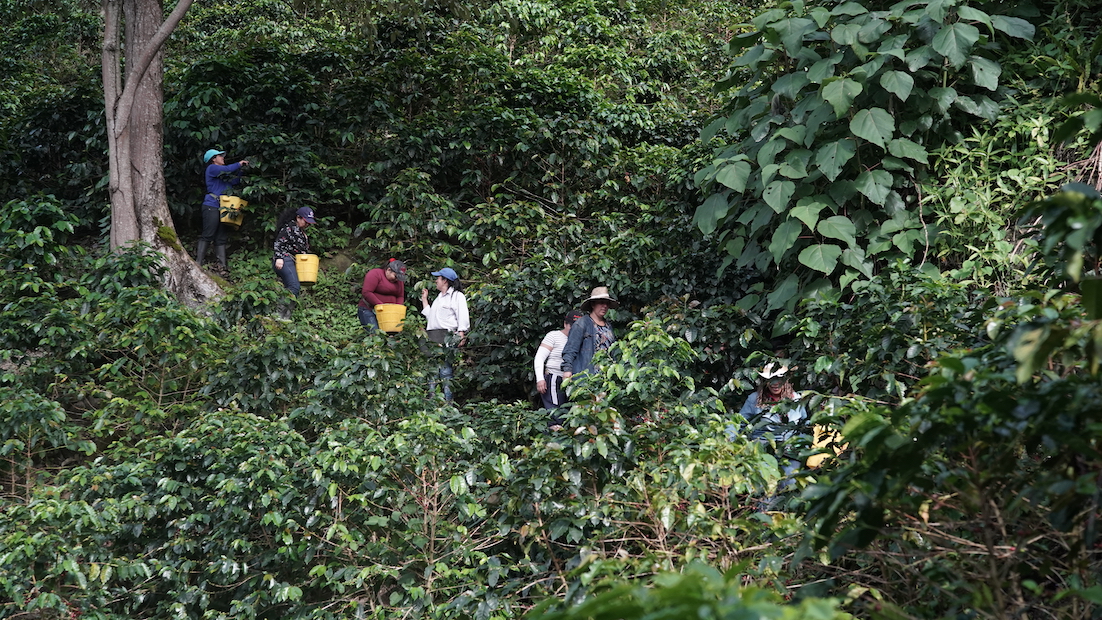 Where Is Coffee Grown?

Where Is Coffee Grown?

Coffee is grown in The Americas, the Caribbean, Africa, Asia and in around 80 countries today. Arabica coffee is three-quarters of all the coffee farmed worldwide. It’s grown notably in Latin America, Africa, India and Indonesia.

But why these places, and which are the best spots? Here, we’ll take you on a whistle-stop tour through the world’s best coffee-growing countries.

The first evidence of coffee consumption dates back to 15th century Yemen, where Sufis used the caffeine kick to aid concentration through long periods of prayer. Word soon got out to elsewhere in the Middle East and to India, Persia, Turkey, Africa and Europe. In the late 16th century, the term ‘coffee’ entered the English language.

Although you’d be forgiven for thinking that Yemen, and its rather appropriately named trading port of Mokha, started it all, you’d be wrong – it was, in fact, Ethiopia.

Legend has it that the rejuvenating boost of the coffee bean was discovered by an Ethiopian goatherd at some point in the 9th century. And it’s the province of Kaffa that’s today widely credited as the birthplace of the coffee plant.

Today, coffee grows all across the world in countries situated between the tropics of Cancer and Capricorn. This area is called the ‘Coffee Bean Belt’, and each lot, farm and country here produces coffee that’s truly distinctive. At Pact, we believe the very best ethical coffee is made from the Arabica species, as opposed to Robusta – and it happens to taste a lot better, too. For this reason, we’ll go only into some of our favourite Arabica-producing countries.

Brazil is the country that produces the largest amount of Arabica in the world. And it’s estimated that around 10,000 square miles of Brazilian land are covered by coffee plantations.

Here, it’s commonplace for coffee to be created with the dry process (also known as unwashed or natural), where the coffee bean is dried with the whole cherry. It’s a tricky task but it exposes the bean to more of the natural sugars, creating coffee with a full body and bold flavours of dried fruit and milk chocolate.

Colombia’s first commercial coffee production dates back to 1808. Today, the country has a famous fictional character, Juan Valdez, dedicated to coffee farming and even a coffee theme park.

The very best Arabica coffee here is made at high altitudes. At these lofty heights, coffee cherries benefit from cooler temperatures, and this brings a bright, fruity acidity and wonderfully aromatic flavours to your cup.

Find your favourite from our Colombian coffees.

If you like powerful blackcurrant flavours and a wine-like richness, you’re in for a treat with Kenyan coffee. This eastern spot of Africa grows coffee plants up to 2,000 meters above sea level. And it’s altitude to thank again for the racy, juicy acidity that you’ll find in the country’s very best coffee. Hint: look for ‘AA’ on the name of the bag – these are made with the highest-graded beans.

This country has long been overshadowed, but it’s had a significant amount of deserved recognition over the past decade. Peruvian coffee is often produced on the eastern slopes of the Andes, and it typically has nutty, chocolatey and citrusy flavours. There’s also reportedly been production of coffee from the dung of coati (a raccoon-like mammal) selling for lots in the country – but we’ll stick to what we’ve got here.

A lot of the coffees sold in the UK are blends of different coffees made by different farmers in different countries. But all of our coffee is sourced directly from origin and created by farmers we know on a first-name basis.

This way, we can cut out unnecessary steps in the supply chain, form long-term relationships with farmers and pay them, on average, 65% above the Fairtrade price.

It’s seeking to address the social and economical issues at source – all while bringing fantastic speciality coffee to our customers.

Join us on our mission to fix a broken industry.

Views:
Did you know
Previous Which Country Produces the Most Coffee?
Our Jubilee-edition coffee is... purple?! Next